THE IMPACT OF TECHNOLOGY ON THE 21ST CENTURY.

The impact of technology on the 21st century person as both positive and negative aspects.

The word technology is actually derived from a Greek word “Techne” Which means arts(the application of human creative skills) and craft (activity involving skills of making things by hand).

Technology in its simplest understanding can be seen as the advancements and changes that take place around us, which obviously has existed from the very beginning of the earth. This is evident from the discoveries that were made by the early man which includes the discovery of tools for hunting, discovery of fire, agriculture amongst others.

But the modern era of technology actually started in the 18th century in Great Britain from the start of the industrial revolution; which is actually the transfer of labour from man power to machines. This new era of technology moved through the 19th, 20th and now 21st century.

The major identity of the 21st century technology is actually the introduction of computer machinery which is applicable in every sector we can think of; be it education, business, transport, industrial, etc.

POSITIVE IMPACT OF TECHNOLOGY ON THE 21ST CENTURY

This can be looked at in three perspectives. The

first is the readiness in the availability of information. With the present of computer technology in the application of internet we see that people do not necessarily need to buy massive textbooks, beg books or go to library probably to read large chunk of materials just to pick out small information from it. The internet brings you all what you need just with a single click at the comfort of your home.

Broadening of mind: Before the introduction of modern technology young people use to learn only what their parents, religious authorities or school teaches them which by no doubt narrow their mind, and the understanding of the world was limited only to the immediate surrounding. But with the easy access to information, young people can now learn from other persons point of view all round the world and be able to make comparism. This comparism alone gives them the ability to judge from a wider perspective which turn to broaden their thinking, and cause them to understand that they too can come up with their own ideas.

This diversity of information does not only end at broadening the mind but also help to keep the classroom fun. As learning all the time from same person using same method can become sometimes boring making the class less interesting. But learning and comparing with other information helps in making the lesson interesting as students are able to make reference of subject learned with ideas gotten from elsewhere.

Gone are those days of letter writing, where conveying information from one person to another will take days if not months, of which you are not still sure if it will reach it destinations. Students use to find it difficult even to communicate with their parents on arising difficulties that they face in distance school. Parents will not know how their children gone to abroad or distance place of work are doing, and children working in the city will not know how their parents are doing back in the village, gone are those days when you cannot obtain an academic certificate unless you sit in a classroom. But the 21st century technology has made it possible with the help of mobile phones, social media platform and Apps. This does not only ease communication but brings peace of mind. And just the fact that a child in town knows that the parents in the village are doing well enables him/her to do the job with peace of mind and more diligently. A student being able to communicate the parents on arising need in school will cause the parent to provide the need and on time, which goes a long way in facilitating schooling. Online Classroom has made it possible for people to learn and obtain certificates at the comfort of their homes while pursuing other things, this also helps to minimize costs and save time.

Increase in worlds population is a call for increase in productivity. Before the industrial revolution most jobs were done through man power. After the industrial revolution most of this man power were transform into machine operations in which human being controls each sequence. But with the application of the 21st century technology all the sequences can be incorporated into a computerized command which make each task to be performed faster than ever, making the production industry to now produce more number of products in lesser time with lesser labour. Hence more can be produced at a lower cost of production.

Increase in worlds population is a call for increase in productivity. Before the industrial revolution most jobs were done through man power. After the industrial revolution most of this man power were transform into machine operations in which human being controls each sequence. But with the application of the 21st century technology all the sequences can be incorporated into a computerized command which make each task to be performed faster than ever, making the production industry to now produce more number of products in lesser time with lesser labour. Hence more can be produced at a lower cost of production.

Increase in productivity of industrial products and the ability of faster production due to the application of 21st century technology has led to the emergence of new job opportunities, such as in the marketing, transportation and distribution sector. More marketer are now needed to market the many goods, more transport agencies are also needed for the transportation of the good.

Also the introduction of the internet, websites and search engine is a major boost to self employment. As youths can now earn money in various ways over the internet. These ranges from building apps, building websites, blogging and affiliate marketing. With almost no cost every person with basic computer knowledge can engage his/herself into something substancial, hence sorting out some of the unemployment issues.

NEGATIVE IMPACT OF TECHNOLOGY ON THE 21ST CENTURY.

It is true that improve in technology has let to increase productivity in lesser time and with lesser labour force. Now considering the fact that a single machine can now execute the job of about 20 men under the supervision of one skilled personnel, what happens to the 20 persons replaced with a single machine? They become automatically unemployed. Also let’s look at the introduction of a new technology in a company with workers who do not possess the skills to apply such technology. It will simply mean that these workers will have to lose their job due to lack of skills.

It is obvious that nowadays you don’t visit friends without calling, and for this reason, it is easy for someone to be in Buea and tells you he/she is in Yaounde. Also cheating in exams has become in evitable as students don’t longer need to write down and entire passage or paragraph to cheat in the exam. All they need is a mobile phone and the availability of internet from which they can search complete answer to a whole question just with a single click.

The internet and social media present information to everyone indiscriminately, not considering class or age. Not all content or information is meant for everyone at a particular age. Young people becomes more wayward by being exposed to information such as pornographic and violent content on the internet which is not necessarily appropriate for them at their age, such content can go a long way derailing the victim to a path not suitable for success. Also the internet is a free space of uncontrollable information put up by individuals without passing through any form of checks, hence making it not 100% reliable, people might stumble on the wrong information and consider it correct which can be really misleading.

Before the 21st century technology, the main way to derived company was to visit a friend, or sit with family to tell stories, play games and share difficulties. Addiction to social media technology in particular such as whatsApp and facebook causes both distraction and disconnection. Student fails to pay attention in class either because they want to reply a facebook message, watching videos or playing video game. Parents have replaced their children with mobile phones and fail to take proper care or show concern for their children; parents even fail to do children’s assignment just because of social media addiction. Some married homes are broken because either the husband has made the phone his wife or the wife has made the phone her husband thereby paying no attention to the concerns of the spouse making the other feels less important and frustrated. People have lost their job just because they get addicted to mobile and neglect the job.

Depletion of Resources and Increase Pollution:

Increase in technology means increase in the use of raw materials of which some are exhaustible, as it takes hundreds of years for materials such as aluminum to be formed, meaning in some time to come we might have no material to maintain the technology.

The increase in the demand for the modern technology means an increase in production which leads to more and more waste to be emitted to our surrounding thereby causing pollution and global warming.

Looking at the positive and negative impacts of technology on the 21st Century some people might be tempted to say technology has done more harm than good. But I will want to say it out very clearly, the world won’t have been any better without technology, and surely Jesus could have been the only one who succeeded to preach to more than 5000 people if there were no microphones and speakers. The thing is every development has it bad side and this bad side only shows itself in the absence of discipline. So my advice is for everyone to be discipline, before using something, know what you want and go for it. Hence I can conclude without any doubt that the impact of technology on the 21st century is more positive.

Thanks For Reading, Sharing Is Caring. 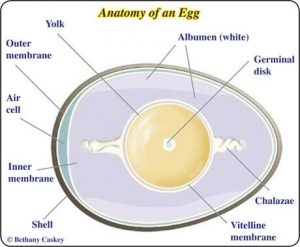 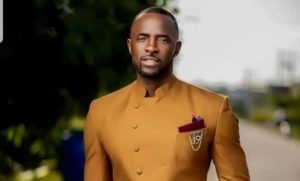